so hyun is very perfect do you agree with me? come on send the comment for me..... 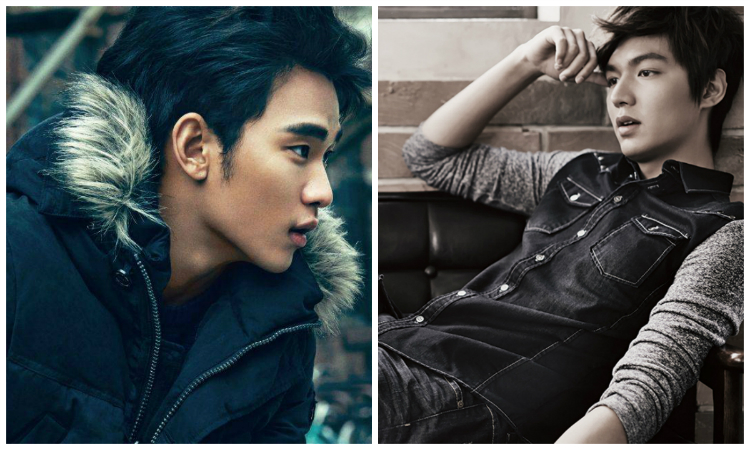 My Love From the Star to Broadcast Different Ending in China In China, Do Min Joon, the main character of “My Love From the Star,” is now a novelist, not an alien.

“My Love From the Star” began airing in China on January 29, but on February 2, it was revealed that the ending has been edited after going through local deliberations.

According to the reports, the final ending of “My Love From the Star,” currently being broadcast on Anhui STV in China, has been edited and will be broadcasted with the protagonist Do Min Joon (Kim Soo Hyun) having written everything that happens in the drama as a novel to give to Cheon Song Yi (Jun Ji Hyun).

“My Love From the Star” is originally a romantic comedy that tells the tale of an alien, Do Min Joon, who has lived on earth since the Joseon era, and ends up falling in love with top star Cheon Song Yi in modern-day South Korea. The catch is that Do Min Joon has a limited amount of time with Cheon Song Yi before he must return to his home in outer space, thus separating them. The drama eventually ends with Do Min Joon finding a way to return to Earth through his ceaseless efforts, and subsequently reunites with Cheon Song Yi, living happily ever after.

“My Love From the Star,” which originally aired from December 18, 2013 to February 27, 2014 on the Korean network SBS, turned China upside down when it garnered a record of nearly four billion views on various video sites. Despite its popularity on the internet, it could not be aired on Chinese television due to being unable to pass various local regulations and inspections. Two years later, on January 29, “My Love From the Star” is finally being broadcast on Chinese television.

However, in comparison to the relatively less regulated internet content, television content in China has a strict set of regulations to abide by. Aliens and ghosts are taboo, and Do Min Joon, originally an alien, was “cleansed” of his alien status by authorities. Also, while “My Love From the Star” originally has 21 episodes, it will have 30 episodes in China, due to a shorter allotted broadcasting time.

HB Entertainment, the production company behind “My Love From the Star,” responds, “Because we handed over the Chinese publication rights over as a whole, we no longer have control over story edits, or broadcasting lengths.” He does clarify that “however, we gave them the episodes as they were aired, so there won’t be a lot that they can edit.”

In other news, while “My Love From the Star” also pushed for a movie release in China, this effort was blocked as well due to regulations.

What do you think about this changed ending?

Producer' Rules While 'She Was Pretty' Reaches The Top Five

Today's poll results show only some slight changes. A new drama has reached the top five ranking but the two leading dramas continue to claim the highest percentage of the votes. "Producer" is ahead at the moment with 41.96 percent of the vote while "The Scholar Who Walks The Night" has 39.05 percent of the vote. A few votes could make a difference.