Nam Goong Min is dating and it's not his "We Got Married" wife Hong Jin Young.

Rumors that he was dating model-turned-actress Jin Ah Reum were recently reported in the Korean media outlet Chosun Ilbo. And the actor's agency Didim 531, was quick to confirm that the actor and model were indeed a couple.

"We were in contact with Nam Goong Min," said a Didim 531 representative. "He and Jin Ah Reum are dating. We ask you to support their relationship."

The couple met while filming "Light My Fire," a mystery crime thriller on which Nam is credited as screenwriter and director. Jin played a part in the film.

In June 2015 when Nam was asked if he was dating his "We Got Married" co-star, he said he was not, but he did say that he was eager to date. At the time he was not sure what his style was.

He apparently narrowed down his preferences in August 2015 when he began dating Jin Ah Reum.

That time frame meant Jin dated the actor the entire time he played the despicable chaebol Nam Gyu Man in the legal melodrama "Remember." Fortunately, the actor is much nicer in real life and has even played nicer characters in past dramas.

Before making a winning impression with his villain role in "Remember" he appeared in the dramas "I Need Romance 3," "My Secret Hotel" and "The Girl Who Sees Smells." His next film role is in the Chinese film "Moonlit Motive."

At 37 Nam is 11 years older than his model girlfriend.

Jin, 26, has appeared in several films so far, including "The Royal Tailor" with Park Shin Hye and Yoo Yeon Suk, and "How To Use Guys With Secret Tips" with Lee Si Young and Oh Jung Se. She's a successful model and a regular at Seoul Fashion Week. 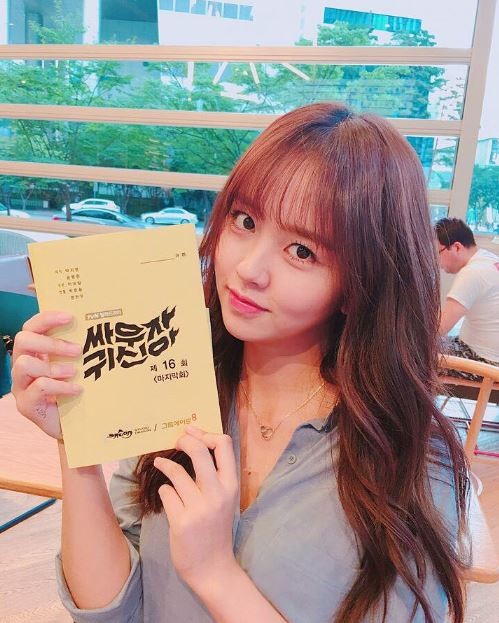 Female solo singer Baek A Yeon reveals the reason as to why her management agency, JYP Entertainment, allows her to date unlike their other artists.

DJ Bae Ki Sung praised Baek A Yeon’s recent hit song “So-So” and says, “It is really hard to believe that someone who is young as 24 wrote those mature lyrics. I also heard that you wrote the lyrics by yourself. Doesn’t your company prevent you from dating?”

Baek A Yeon then reveals, “My agency encourages me not to stay at home all the time, but to go outside, meet and date new people instead. They tell me that it is good for my songwriting if I get lots of experiences and feel different emotions. I would also want to date once I could find a good person.”Hearing this, Bernard Park comments, “Our company actually has a 2-year dating ban.”

Baek A Yeon then responds, “Really? No one told me that.”

Meanwhile, She is known for being one of the final three contestants from the first season of “K-Pop Star.” Baek A Yeon is also known for her songs, “Sad Song,” “A Good Boy,” “Shouldn’t Have,” and “So-So.” As well as for the OSTs, “Introduction to Love,” “Tears Are Also Love,” “The Three Things I Have Left” and “So We Are.”

Stay tuned for more updates on Baek A Yeon!