On the broadcast of “Radio Star,” Taeyang shared the story about his hit song, “Eyes, Nose, Lips.”

He stated, “It is a story based on my life. There have been a lot of rumors that it is a song about someone else. However, it is really a song which came out when I met Min Hyo Rin.”

Hearing this, G-Dragon then chimed in, “When Taeyang was planning to film his music video, he was wondering as to who should be his female co-star,” referring to Taeyang’s music video for, “1AM.”

G-Dragon then added, “I suggested a friend of my friend since I thought that they would look great together. It turned out that Taeyang had already had her in mind.”

“When I went to the music video set, I saw Taeyang smiling from ear to ear despite it being a sad song,” the BIGBANG leader continued, making Taeyang laugh.

G-Dragon then went on and enacting a scene where Taeyang was supposed to be hugging Min Hyo Rin sadly, but he saw him grinning. In June of 2015, Taeyang and Min Hyo Rin went public with their relationship and confirmed that they have been dating for over 2 years. Rumors of their relationship started when Min Hyo Rin appeared on Taeyang’s music video and when fans spotted them on dates and wearing couple items.
Stay tuned for more updates on this couple! INFINITE leader Sunggyu unveils the group’s dorm refrigerator and shocks everyone with its contents.

On the recent episode of JTBC’s cooking variety show “Please Take Care of My Refrigerator”, Sunggyu reveals INFINITE’s dorm refrigerator. He also reveals that it is the refrigerator which he shares with fellow members Hoya and Dongwoo. When the inside of INFINITE’s dorm refrigerator was revealed, it looked like a normal refrigerator at first, however as the MCs checked and went through each item, everyone was shocked.

INFINITE’s dorm refrigerator has been revealed to have instant food which has rotted as well as foods which are very difficult to recognize as they have passed their expiration dates.

Girl’s Generation member Sunny then puts on the mask which the MCs gave her and jokingly yells, “I want to stay alive!” Previously, Sunny unveiled Girl’s Generation’s dorm refrigerator which she shares with co-members Taeyeon and Tiffany, and talked about the famous ‘SNSD Diet’. Meanwhile, the chefs who needed to cook from the contents of INFINITE’s dorm refrigerator were put into a bind as most of its contents went straight into the trash can. 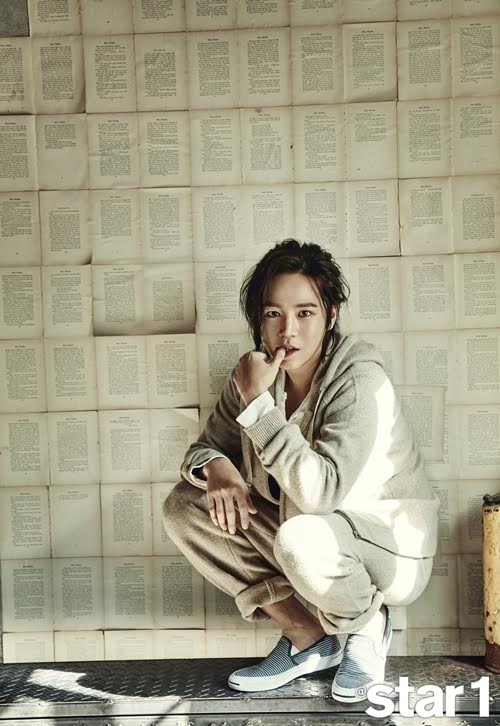